English has become a global language and a common ground of communication for people around the world. The language has become a medium of business transactions, mutual dialogues between nations and the most popular mode of education. The non native speakers too like Indians are educated through English medium. 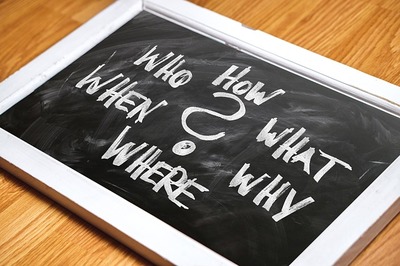 Learning a new language opens the doors to acquiring new skills like the oral and written and also makes one improve the thinking skills. The native speakers easily learn their language as they are accustomed to it and also in touch with it in the day to day life. While the non native speakers have some difficulties to learn an entirely new language, may be they are learning it formally or sometimes not.

But what are the hurdles in the way of teaching non native speakers?

I would like to quote an example from Indian mythology, in Mahabharata, Arjuna's son Abhimanyu learns the tricky Chakravyuh fight's mechanics when he is in womb of his mother. It was because of listening. Babies imitate and learn instantly what they hear and hence they can pick up more than two languages by the time they are toddlers. This is more prominently seen in homes with bilingual background or with families who migrate to other states or countries.Their children pick up the accent and speak like natives.

But as we grow we tend to learn new things slowly and especially languages due to the fear of making mistakes and being laughed at. And this is the main hurdle in teaching a language to a non native speaker. Firstly love for learning has to be enhanced by encouraging one to learn the language. The language bias of native language being easier and better have to be overcome. The learner has to be made aware of the fact that all languages are really interesting and can be learnt with proper help.

Translation method is widespread among teachers while teaching a new language. But sometimes the learner uses the native language more than required and doesn't leave the habit of thinking in his/her native language. Like a native Hindi speaker makes sentences in Hindi and translates into English while making sentences in English and eventually ends up with wrong sentences as the grammar of both the languages differ. Like the usage of tenses. I am always looking happy/ I am not knowing the answer.  These two are wrong in English as we use simple present here. In Hindi, we use continuous tense more often while in English we use simple present and continuous accordingly.

Thirdly only learning grammar doesn't help and the productive skills of speaking and writing need to be taken care of. That is, thinking skills in a language need to be enhanced. A person needs to be attentive and understand what he is saying or writing. Hence this task is difficult for teachers as a non native speaker is berserk when he has to continually speak or write a paragraph. But writing down the key words helps him/her to a great extent.

Moreover disinterest in a language especially foreign language is a major hurdle in helping a non native speaker to learn a language. When asked to watch movies or videos in a foreign language, the learners have just walked away and given up. The reason behind it is disinterest due to many new words, accent, and speed. It is a big responsibility on the part of the teacher to inculcate interest and give short and simple audio and video clips for developing interest and increase the concentration. Podcasts are the best examples of this which help a learner to understand how and what to speak.

While teaching English to non-native speakers, though the teachers face difficulties, they can handle the learning problems easily once they recognize them. Being qualified and trained to handle such problems helps a teacher overcome many such problems of learners.

How to build your child's confidence?

Teachers Day: Creative ways to thank all your past and current Teachers

How To Inculcate Reading Habit Amongst Children